Get fresh music recommendations delivered to your inbox every Friday.
We've updated our Terms of Use. You can review the changes here.

by Half Deaf Clatch 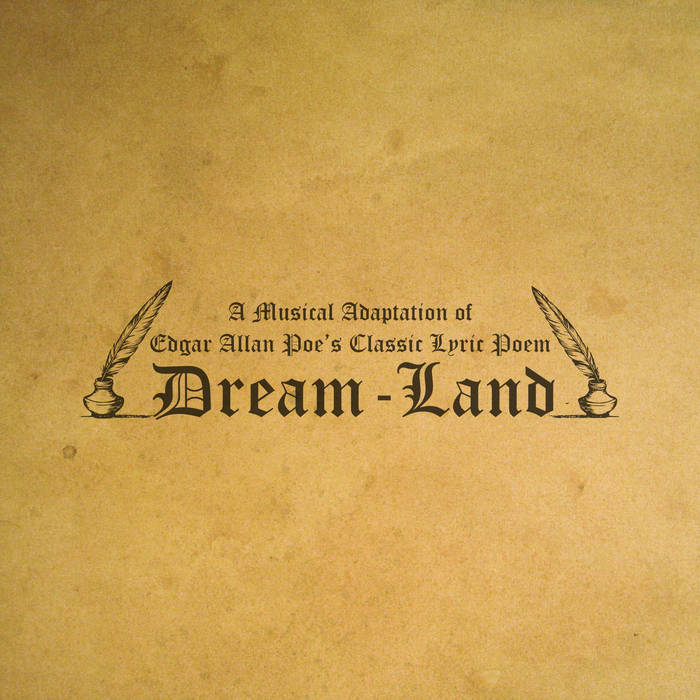 quazimodospet i ordered the A5 signed card because i missed out on the first offering of the conqueror worm. I listened to the track and am in love with this arrangement.

By a route obscure and lonely,
Haunted by ill angels only,
Where an Eidolon, named NIGHT,
On a black throne reigns upright,
I have reached these lands but newly
From an ultimate dim Thule—
From a wild clime that lieth, sublime,
Out of SPACE—Out of TIME.

Bottomless vales and boundless floods,
And chasms, and caves, and Titan woods,
With forms that no man can discover
For the tears that drip all over;
Mountains toppling evermore
Into seas without a shore;
Seas that restlessly aspire,
Surging, unto skies of fire;
Lakes that endlessly outspread
Their lone waters—lone and dead,—
Their still waters—still and chilly
With the snows of the lolling lily.

By the lakes that thus outspread
Their lone waters, lone and dead,—
Their sad waters, sad and chilly
With the snows of the lolling lily,—
By the mountains—near the river
Murmuring lowly, murmuring ever,—
By the grey woods,—by the swamp
Where the toad and the newt encamp,—
By the dismal tarns and pools
Where dwell the Ghouls,—
By each spot the most unholy—
In each nook most melancholy,—
There the traveller meets, aghast,
Sheeted Memories of the Past—
Shrouded forms that start and sigh
As they pass the wanderer by—
White-robed forms of friends long given,
In agony, to the Earth—and Heaven.

For the heart whose woes are legion
’T is a peaceful, soothing region—
For the spirit that walks in shadow
’T is—oh, ’t is an Eldorado!
But the traveller, travelling through it,
May not—dare not openly view it;
Never its mysteries are exposed
To the weak human eye unclosed;
So wills its King, who hath forbid
The uplifting of the fring'd lid;
And thus the sad Soul that here passes
Beholds it but through darkened glasses.

By a route obscure and lonely,
Haunted by ill angels only,
Where an Eidolon, named NIGHT,
On a black throne reigns upright,
I have wandered home but newly
From this ultimate dim Thule.

Words by Edgar Allan Poe, copyright is in the Public Domain.

All music written, performed and recorded by A D McLatchie

Bandcamp Daily  your guide to the world of Bandcamp